Russell Twomey has undertaken a deep, life-long study of all things nautical, inheriting his passion for the sea from his grandfather, a Commodore in the British Merchant Marine. He is a member of the Australian Maritime Museum Council, and a member of the Queensland Maritime Museum where he lectures on his specialist subject, Maritime History. He is a contributor to the QMM magazine, and writes for an international shipping magazine. Russell conducts lectures for the University of the Third Age (U3A), and is a frequent Guest Lecturer aboard cruise ships to various regions of the world. In his home port of Brisbane he is available as a guest speaker to community service organisations such as Rotary and Probus. Russell has travelled by sea extensively throughout the world, and lives on Moreton Bay, Brisbane with his wife Julie. 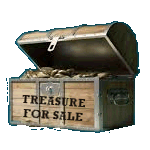